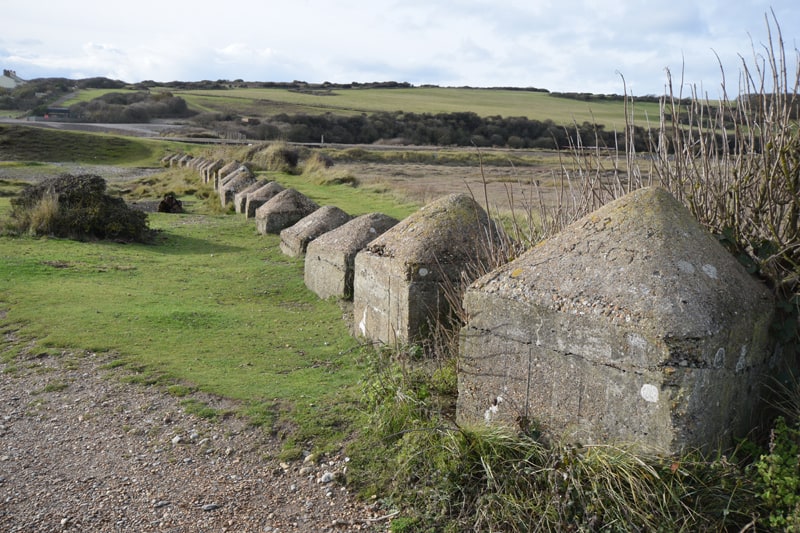 These rudimentary concrete obstacles were produced to a basic pattern with many local variations and flourishes, and manufactured in their thousands. Their original intent was to delay and channel advancing enemy armour during an invasion of mainland Great Britain. Many were sold and repurposed after the war, while others have remained in situ for the last seven decades. If ever you come across a row of these obstacles, take yourself back to the early days of the Second World War when invasion was a real and imminent threat. Below are some of the variations I have come across on my travels through Kent, the frontline in the defence of Britain.