Originally, I believed this site was an Air Traffic Control (ATC) Exchange or Repeater Station. Since then I have learned that the site was a microwave radio link connecting Northern Ireland with mainland Great Britain, via a corresponding site at Enoch Hill, near Stranraer in Scotland. I originally visited twice between 2008 and 2009 and believe the site was abandoned within the year. I have since visited in 2016 when all the structures on the site had been removed, with only the fencing remaining. At the time of my original visits, no equipment remained and the site did not appear to have any residual function. It was clear from the security surrounding the site that this had key national infrastructure importance and required protection, including a permanent military guard; the signs of which remained at the time of my visits. Very little information is available on this site, and as I find out any more I will endeavour to publish it and update this page. 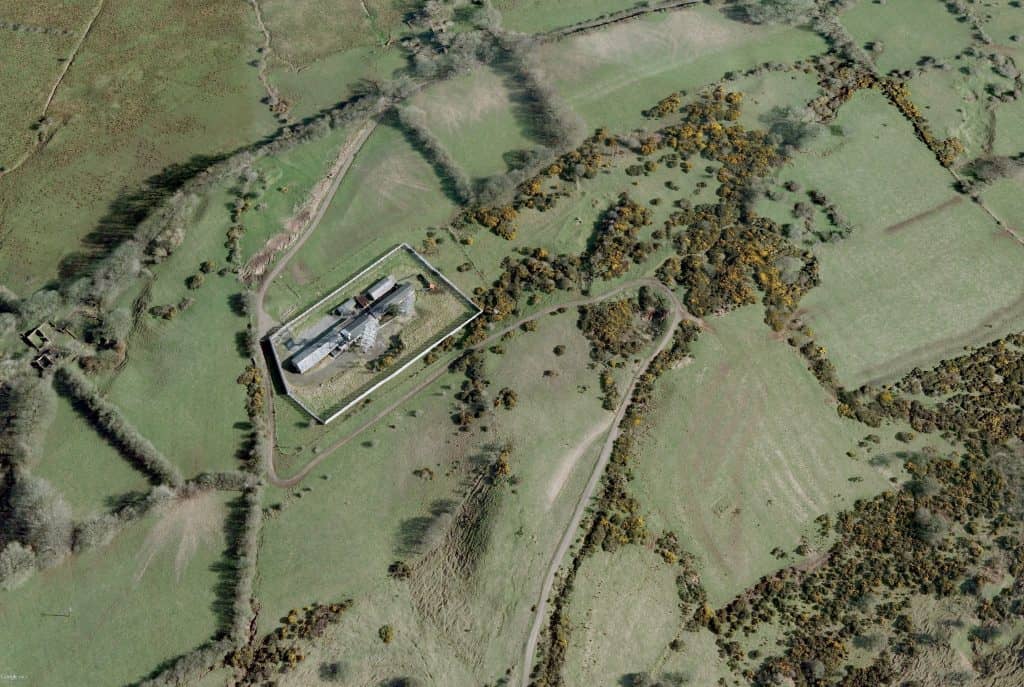 After the publication of the book “Spies at Gilnahirk,” I noted reference to an original General Post Office (GPO) radio station at Ballygomartin. This took me on a new line of research regarding this site. A number of physical signs on this site led me to believe there was more to it than met the eye. Directional microwave antennae, high security including an armed section of soldiers and an electric fence, and reference to a communications facility on the site for nearly 100 years. There is reference to this radio station in a number of online sources, some of which refer to a more clandestine use of the station.

While I can not remember the source I read that this was an Air Traffic Control (ATC) repeater station, I am confident now that this site was indeed a radio station providing a radio and latterly microwave connection to Great Britain from Northern Ireland. The extent of this connection in the more modern days of the sites operation is unknown, and wether solely civilian traffic was communicated is also unknown. What is certain, is that for around 80 years, this site has played a key part in keeping Northern Ireland connected with the ‘mainland’ and its strategic importance should not be underestimated.