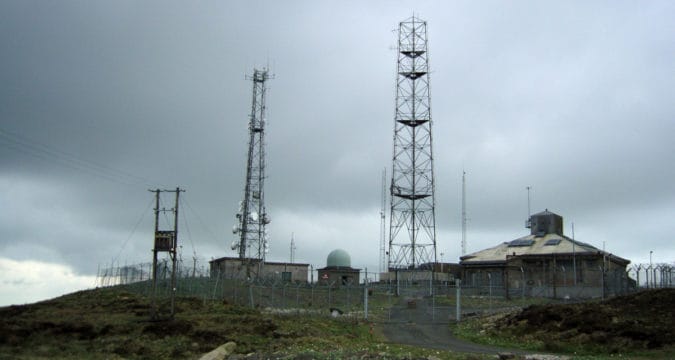 Divis KP or Divis Key Point as it was known, was a remote communications station situated on the bleak Divis Mountain to the west of Belfast overlooking the City. Due to the highly sensitive nature of the site little is publicly known about it, however as part of the normalisation process within Northern Ireland it was abandoned in around 2005, this visit was in 2008. I believe it was demolished the following year.

There was a short article I came across in ‘The Sapper’ magazine January 2005 from the two Sections who were tasked with the ‘lock and leave’ of Divis KP. They stripped out 2km of coil fencing, installed new chain link fence with razor wire, removed the reinforced concrete blocks along with other improvised barriers and electrical cables.

The photographs aren’t the highest quality, and were taken on a Samsung compact camera. At this stage they are the only images remaining of what was a very unique site.