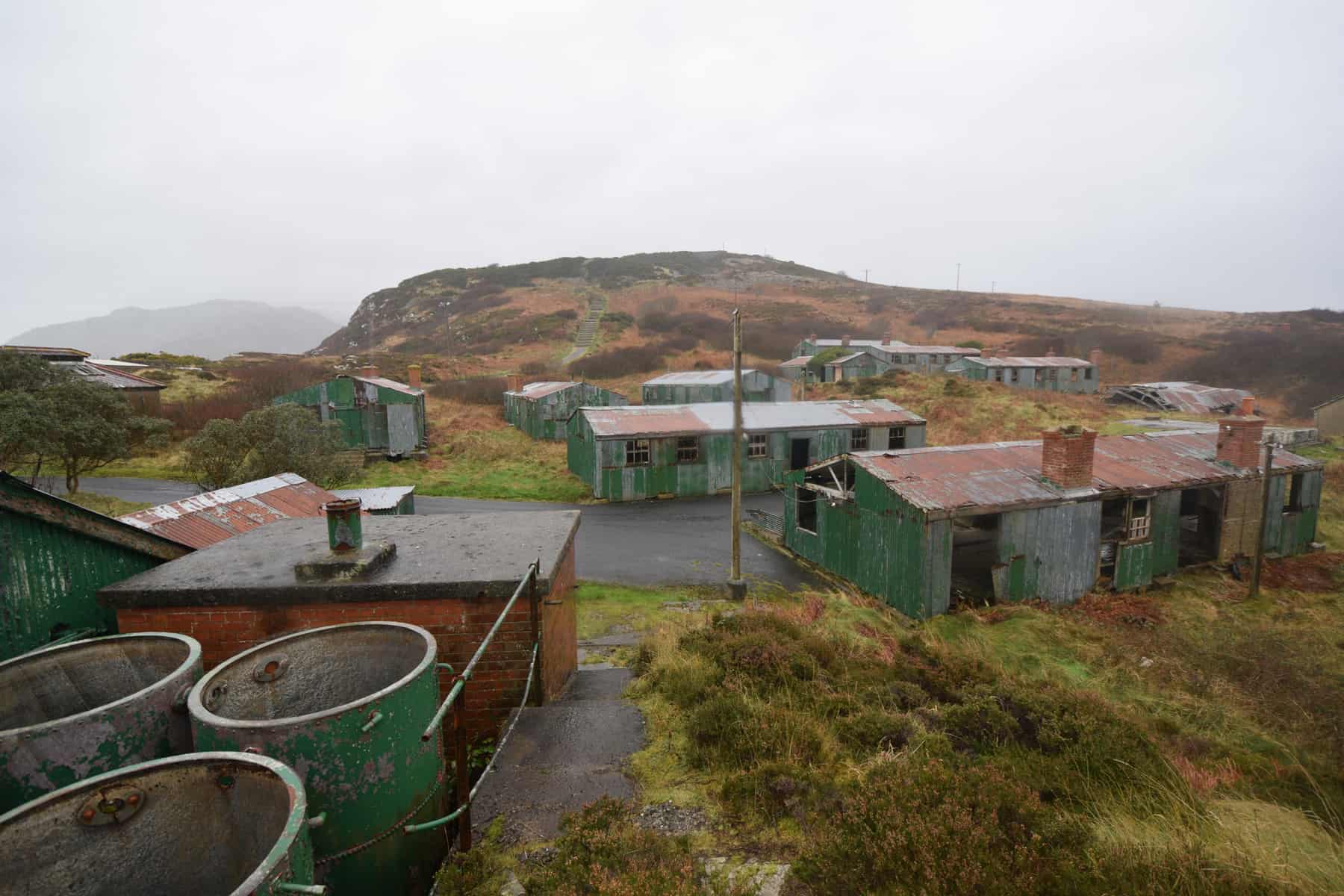 Meaning ‘Fort of the Heather,’ Dunree Fort is now a national museum in Donegal. Originally a fort was erected on the cliffs in 1798 to guard against French invasion. The much expanded site today consists of 4 distinct areas of interest; the original fort which is now a museum (and was incidentally closed at the time of my visit), the later 19th Century coastal battery, the ring of defences protecting the site from inland invasion and the large military settlement of domestic buildings. With the exception of the museum site, the remainder is open for visiting.

The afternoon of my visit, the 31st December 2016 was horrendous. I endured over 2 hours of persistent rain and wind. Not the prettiest images of the fort, but they help to demonstrate the extreme conditions these forts had to endure. Any poor clarity images are owing to the water I had to clear from the lens between shots!

For those that have explored this blog fully, you will remember an article about the Baxter Block at Ballykinlar. Comparison of the block at both Dunree and Ballykinlar show they are identical in construction and design, albeit in a differing configuration. The blocks at Ballykinlar, since demolished, were located at the Curragh until the start of WW1 when they were relocated to house the newly formed Ulster division. It appears that both blocks were most likely originally constructed at the same time, when Ireland was an island under British rule. An altogether different era of history.

The Somme Association project ‘Green Hut’ took place in 2012 to relocate one of the Baxter block huts to the Somme Museum at Conlig, Country Down. This was the 3rd time we know of this particular hut being relocated, but this building has now been restored and is available for all to see. The project album and page can be found here.