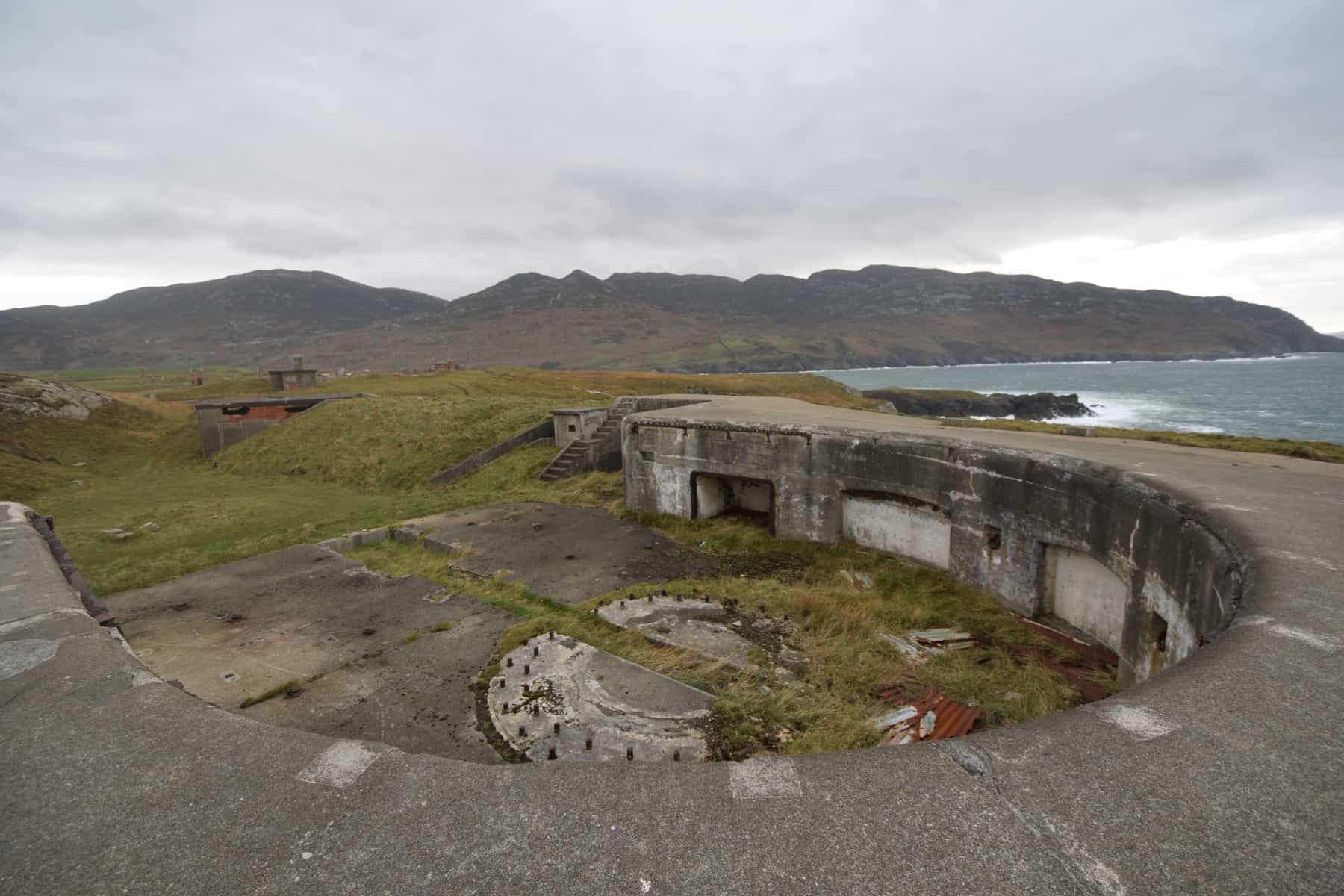 Situated on a rocky headland, Lenan Head Fort (sometimes spelt Leenan) is a British built coastal artillery battery from the late 19th Century. Standing isolated for over 120 years, the Victorian site was only in use for less than 40 years, but stood proudly on the cusp of the Atlantic protecting the deep-water Lough Swilly. One of a total of 7 forts protecting the 25 mile long lough, through time as both the nature of warfare and the political landscape changed the forts were abandoned and quickly fell into disrepair; Lenan Head being the best example of a site that was stripped out and left.

I visited in December 2016 and while the weather at the start of my visit was relatively benign, after 2 hours strong winds and rain made for a miserable experience. I can only imagine what it was like for the troops manning these remote outstations in all seasons. There are some fascinating features remaining, and I hope you enjoy some of the images from my visit.

The following guns were mounted on Lenan battery throughout its life until its abandonment in 1952 (Reference). A barbette is the raised platform on which the gun is mounted. While a barbette offers a wider arc of fire, it offers little protection to the crew.

While the buildings have long since been destroyed, remaining examples are still extant at Dunree Fort and also a very good example has been restored at the Somme Museum.